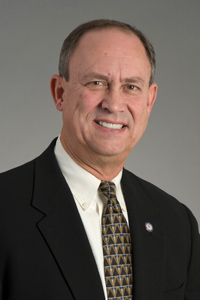 Weber has been a member of the Psychiatry Editorial Advisory Board of The Annals of Pharmacotherapy, served on several committees of the American Society of Health-System Pharmacists and the American Association of Colleges of Pharmacy, was a Consulting Contributor to Evaluations of Drug Interactions, and has served as an educational leader for foreign study tours. He is an active member of a number of state and national organizations, has made numerous national presentations, and has contributed several publications to the pharmacy literature. In 1996 he was made a Fellow of the American Society of Health-System Pharmacists and became Board Certified as a Psychiatric Pharmacy Specialist in 1997. Dr. Weber is a Founding Member of the College of Psychiatric and Neurologic Pharmacists and has completed the executive cycle of the presidency of CPNP.

Most recently Weber has been interested in the delivery of pharmacy education and has taken the responsibility for curricular assessment management of the University of Washington School of Pharmacy’s Doctor of Pharmacy degree program. His current passion is to minimize the commoditization of pharmacy education while extending our abilities to provide relevant pharmacy services, to inculcate into students an attitude of practice change, and to find methods to make pharmacy a “high touch” health care discipline.