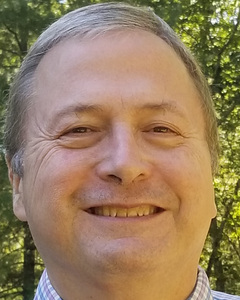 Dr. Rob Dufresne received his BS in Pharmacy, MS in Pharmacology and Toxicology, and his PhD’s in the Pharmaceutical Sciences and Psychology from the University of Rhode Island. He is currently board certified in both psychiatric and general pharmacotherapy (BCPP and BCPS). He initially worked in clinical research at the Rhode Island Psychiatric Research and Training Center (1980) and is presently a Professor of Pharmacy at the University of Rhode Island where he has been teaching since 1990. He has also been a Clinical Pharmacy Specialist in Mental Health since 1995 at the Providence VA Medical Center where he has an outpatient practice in psychiatric pharmacotherapy. He initiated and co-developed an ASHP-accredited PGY2 psychiatric pharmacy residency in 2013 in which he still precepts. He is a founding member of the College of Psychiatric and Neurologic Pharmacists (CPNP) and has served this organization in various capacities since its inception including serving on its board of directors, the journal, and numerous committees. He is currently the faculty mentor for the University of Rhode Island student chapter of CPNP. Prior to the first national CPNP meeting, he organized smaller CPNP sessions at several annual National Clinical Drug Evaluation Unit [(NCDEU) now American Society of Clinical Psychopharmacology (ASCP)] meetings.

Dr. Dufresne’s scholarship over the course of his career has been diverse. He has published over 40 articles in peer reviewed journals and has served as a reviewer for numerous publications as well as a guest editor. He has also served as a section reviewer for RI-INBRE for several years. His early work often involved research into the pharmacotherapy of affective disorders, schizophrenia, and depression in schizophrenia. However, much of his later work involved studying the effects of atypical antipsychotics on metabolic disorders and he has published extensively concerning antipsychotic induced dyslipidemia. This included the initial reports demonstrating increased serum triglycerides in patients receiving atypical antipsychotics.

While Dr. Rob Dufresne has enjoyed a broad range of rewarding experiences during his long career in psychiatric pharmacy, the most important has been the opportunity to mentor and facilitate the education of numerous pharmacy students and residents who are now extraordinarily successful and competent practitioners, educators, scientists, administrators, and medical affairs personnel. He also is grateful for the chance to work with so many gifted and gracious mentors and colleagues over the year.

Dr. Rob Dufresne has been married for 35 years to his wonderful wife Gina and has two awesome daughters Kimberly (31) and Kathryn (27). His hobbies include playing piano and guitar, writing music, jogging, swimming, and reading science fiction.