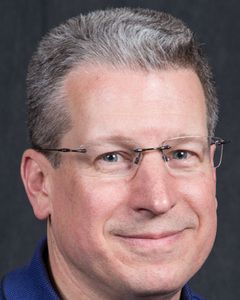 Dr. Fuller received his BS in pharmacy from Ohio Northern University and received his Doctor of Pharmacy degree from the University of Cincinnati. He completed a residency in hospital pharmacy from Bethesda Hospital in Zanesville, OH. Following the completion of his training he joined the Louis Stokes Cleveland Department of Veterans Affairs Medical Center in Cleveland, Ohio. Dr. Fuller has over 30 years of experience as a pharmacist. His main practice site is acute inpatient psychiatry. Dr. Fuller is currently a Clinical Pharmacy Specialist in Psychiatry at the Louis Stokes Cleveland Department of Veterans Affairs Medical Center. He is also a Clinical Professor of Psychiatry and Psychology at Case Western Reserve University in Cleveland, OH, and an Adjunct Associate Professor of Clinical Pharmacy at the University of Toledo. He is also the Director of an ASHP accredited PGY2 Psychiatric Pharmacy Practice Residency Program. Dr. Fuller has received several awards including the Upjohn Excellence in Research Award and the OSHP Hospital Pharmacist of the Year Award in 1994. In 1996 he received the CSHP Evelyn Gray Scott Award (Pharmacist of the Year). In 2001 he received the OSHP Pharmacy Practice Research Award and in 2003 he received an Outstanding Contribution Award from the VA Healthcare System of Ohio.

Dr. Fuller is Board Certified in Psychiatric Pharmacy and is an ASHP Fellow. He is a Past President of the College of Psychiatric and Neurologic Pharmacists and is the Past President of the College of Psychiatric and Neurologic Pharmacists Foundation. He has chaired and served as a member of the recertification committee. He has also chaired and been a planning committee member for the Midwest Neuropsychopharmacology Meeting. He is a member of local, state, and national pharmacy organizations and is active in scholarly pursuits. He has presented at local, state, national and international venues. He serves as a reviewer for Current Psychiatry, Archives of General Psychiatry, Acta Psychiatrica Scandinavica, Journal of Clinical Psychiatry, and the American Journal of Health-Systems Pharmacists. In 1998 Dr. Fuller joined Lexi-Comp’s editorial advisory panel and is the author of two psychotropic drug information handbooks and a co-author of a drug interactions handbook.