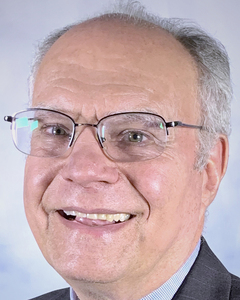 Dr. Saklad was born in Los Angeles, California. He graduated from Pacific Palisades High School and received his baccalaureate degree in Bacteriology from UCLA. His Doctor of Pharmacy degree was earned at USC in 1978. He did a NIMH fellowship in Psychiatric Pharmacy at the University of Nebraska Medical Center at Omaha in 1978-9, with Jim Wilson, Pharm.D., BCPP, and joined the faculty of The University of Texas College of Pharmacy in 1979. He has lived in San Antonio, Texas since 1979. He is married and the father of triplet sons.

He has published articles and presented to many groups around the country on a variety of pharmacy and mental health related topics. He was the editor of Psychopharmacology Update a newsletter, founded by Frank Tornatore, Pharm.D., from 1998-2002. He has edited two editions of a compendium based upon this newsletter: Psychopharmacology Desktop Reference, published by Manisses Communications Group in 1999 and 2002. He was the first editor of the Journal of the College of Psychiatric and Neurologic Pharmacists (JCPNP), which began publication as a peer-reviewed online journal in 2002. He is a principal or co-investigator for several studies of the efficacy and adverse effects of Phase II, III, and IV psychotropic agents in schizophrenia, mood disorders, and other serious mental illness, as well as their pharmacokinetics and interactions. He is the Director of UTHSCSA Advanced Pharmacotherapy Research with research facilities located at Laurel Ridge Treatment Center and President of Alamo Superior Research, LLC.

Dr Saklad has received the following honors and awards:

View slides from his acceptance speech.