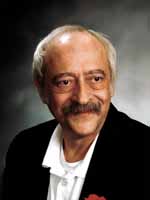 Michael Z. Wincor is Associate Professor of Clinical Pharmacy, Psychiatry and the Behavioral Sciences at the University of Southern California Schools of Pharmacy and Medicine; in addition, he is Director of Continuing Pharmacy Education and International Programs for the School of Pharmacy. Dr. Wincor received his B.S. in Zoology from the University of Chicago, where he was actively involved in sleep research, and his Pharrm.D. and Residency Certificate in Psychiatric Pharmacy Practice from USC. He is board certified in psychiatric pharmacy. As a member of the clinical faculty at USC since 1983, he has been involved in training pharmacy students, medical students, pharmacy residents, and psychiatry residents both in the classroom and clinic. His professional affiliations include ACCP, AACP, APhA, ASHP, CPNP, the American Academy of Sleep Medicine, and the Sleep Research Society. He serves on the Department of Psychiatry Clinic Policy and Quality Assurance Committees, and chairs the Drug Utilization Committee. A founding member of CPNP, he has served on and chaired both the Program and Recertification Committees. He has also served on the Board of Trustees of the California Pharmacists Association and as Chairman of the Editorial Review Committee of California Pharmacist. He has taught as a visiting professor at the Tokyo University of Pharmacy and Life Sciences and at Meijo University. In addition, Dr. Wincor has been the advisor to the USC student chapters of both APhA-ASP and Rho Chi, as well as President of the USC School of Pharmacy Alumni Association. Co-coordinating the Central Nervous System Therapeutics Module and offering an elective in Sleep Disorders, he has been named Professor of the Year six times.